The extraordinary artistic laboratory La 'S' Grand Atelier was founded in 1992 in old barracks near Vielsalm, in the east of Belgium. The lab maintains a continuous exchange between self-taught artists with developmental and other issues and contemporary artists. The studio organises workshops and public events such as concerts, films, exhibitions, magazines or performances, and also supports all kinds of artistic trajectories, including the colourful 'Post Animale'.
In KWK they are showing works of Marcel S., Sarah Albert, Irène Gérard, Pascal Cornélis, Barbara Massart, Philippe Da Fonseca, Rita Arimont, Benoît Monjoie et Laura Delvaux.

Cancelled: Coinciding with the exposition, 'Post Animale' was supposed to be performed in the Opera of Ghent from 6 to 8 November. Like an alienating patchwork of colour, textiles and movement, it presents an improvised dance performance with frenzied costumes. Sometimes strange and bizarre, sometimes layered by the anomalous material, the costumes cheerfully ignore conventional physical dimensions. With their unusual moves, the performers will move slowly on and between the various alcoves and halls in the Opera. As if it were a tableau vivant in which myths suddenly collide with reality while the invisible is made visible. 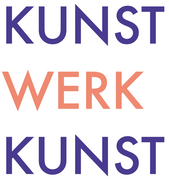